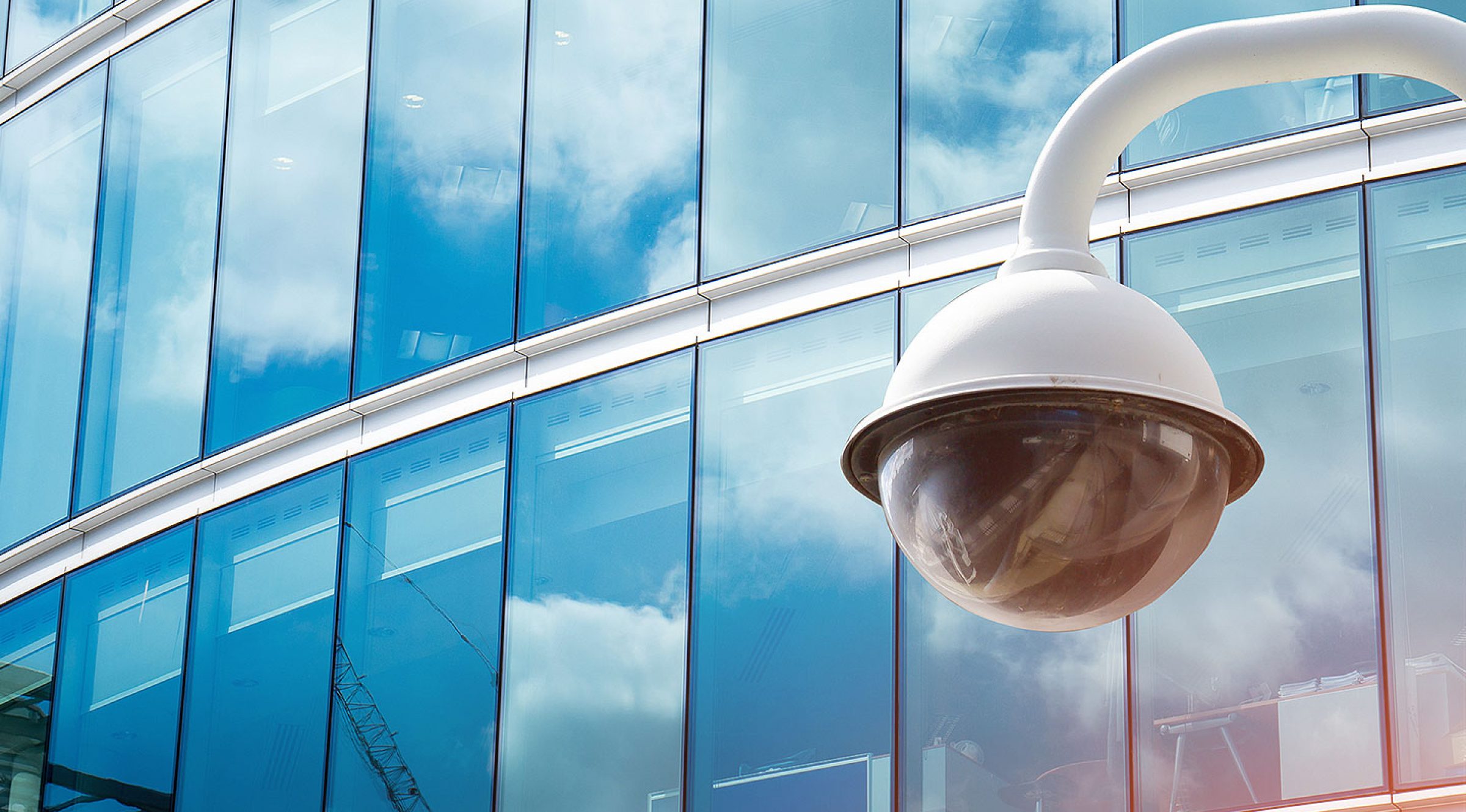 Interview with Central Surveillance, about all the aspects of the surveillance industry

This month we spoke to Central Surveillance, to gain their insights into the company and all the different aspects there is in Surveillance.

Vigilance (V): What was your inspiration behind starting the company?

Central Surveillance (CS): I was looking for a change in direction; thinking what I am going to do next? I’d been in the Royal Marines for years and was then medically discharged, and a friend of mine said to me “I’m working in an investigation business, why don’t you come and give that a go?” I did that for a couple of years all over the UK and beyond. I learnt that if there was enough time and budget and you weren’t trying to rush to get things done within a day then you could get the results. Once I understood what I wanted to learn and what we could do differently, I left and started Central. That was just over 10 years ago now.

V: So, does it take that long to be good?

CS: Yeah, absolutely. You know in the last 4 years we’ve really grown as a business. At the beginning it was really low-level surveillance and it has since grown, alongside the technical side that we’ve probably been doing for about 8 years. That keeps moving on too, so successful surveillance is about keeping up with things and following those trends to try and stay ahead and be in the right place at the right time. As a firm we have got the contacts, the experience and capabilities, but as business leaders we are now finding it necessary to broaden the team and focus greater attention on the development of the business and its relationships so that we can continue to grow.

V: Surveillance work is exceptionally intensive, so liberating yourself to have the ability to expand and develop your business network must be challenging. But obviously commercial relationships such as with Vigilance is a way of extending the capabilities and reach of both firms. Does Central Surveillance do more than focus on solely surveillance?

CS: Yeah, we do a lot of due diligence work, tracing, background checks, TSCM sweeps/debugging, covert installs, cameras, and audio devices, etc. Everything we do is quite niche, and using specialist high-grade kit, much of which we customise ourselves to suit the client’s needs and fit the particular operational environment.

V: What does your tracing work involve?

CS: There are wide range of reasons why we’re asked to trace someone including searching for beneficiaries, locating witnesses, or tracking down debtors. So, in some of these scenarios we are tracing people who may not wish to be found.  As an example of tracing witnesses, if someone has had a really bad injury on a construction site witnesses to the accident may have dispersed over time, or no longer be in the UK. So, our work may involve tracing those potential witnesses whose testimony is key to the case. We do a lot of tracing all over the world finding people who move internationally with their work or family. And obviously, because this is often a legal investigation, it is very important that the information collected is done so legitimately, because it will need to be used as evidence.

V: A more overt side of surveillance that people don’t routinely think of?

CS: Yes. Central Surveillance does a lot of asset tracing and asset recovery work for larger clients, and often not necessarily locating people but tracing money – it is often connected to the person’s associates; maybe business, maybe family, maybe fake names who are being passed the money. It’s often not clear cut and involves a lot of piecing together and problem solving.

We are less involved in the physical recovery, client legal teams get typically involved in that, but we would gather the information. What would be a golden nugget for example is the 20-something niece of the guy who disappeared with lots of money; but is living well beyond her means and just bought a multi-million pound house as a cash buyer! I know it sounds quite improbably rare, but it happens regularly. Our surveillance looks to get a close understanding of their much wider life and trusted network, because often that is where the investigation needs to go to recover the assets.

V: Vigilance conducts regular Pen testing (unannounced ‘penetration’ testing of security to see if it is working) of our own organisation through our resources team; overtly some of the time and covertly at others. It is hugely valuable to let us see if people understand their job and the risks they are protecting against. But it’s valuable to run these stress tests independently too; is that something Central Surveillance does?

CS: Yes, recently we’ve been quite busy running Pen tests for a large sports stadium. The whole stadium was on alert for a security exercise, because they had the VIPs there and it was a business as usual day. We had a team of both men and women dressed in different styles from suits to work wear and we came in multiple times with different approaches to see who would get furthest. We managed to gain entry to the athletes’ lounge when they were all having lunch. It was relatively easy; we were challenged and asked if we needed help, but replied “No, thank you” and continued to walk on without being stopped. Often the challenge facing security teams like this is that customer service standards are emphasised, and they don’t want to seem rude. But the job is to stop the intruder and protect the public. So the testing is invaluable to spot the weaknesses.

V: What about cyber security, is that something you engage with or are you more focused on the human element?

CS: Through our specialist cyber partners, yes. But actually, you often find security problems are a combination of the two, combining cyber with physical. We were tasked with penetration testing at a large corporate premises in Europe, and after our initial recce, we could not work out any obvious way to get past the physical systems, which were very good. We wanted to look at other options so spent some time in the adjoining coffee shop and noticed that the café staff were using an identical lobby pass to come and go into the building. We then noticed a member of staff had left their pass in a public area and we took the opportunity to acquire it.

V: I suppose in that environment people struggle to see beyond a smart suit and are reluctant to challenge someone wearing one?

CS: Absolutely. It was touch and go getting the pass before closing, but eventually we did and then got in. Being smartly suited and with an attractive colleague alongside me, we entered the main offices easily, and were able to get access into the IT system; nobody asked us who we were or what we were doing. We had a pass and a lanyard. The human element is often how IT security measures are got around and that weakness allows a cyber-attack to be launched. That particular weakness was uncovered all because a very junior member of the building’s team left his pass unattended and didn’t appreciate why he should have it on him at all times. After a sit-down debrief with the head of security, they were very surprised and subsequently arranged a completely new training programme and updated their security procedures.

V: Tech has completely revolutionised and infiltrated every aspect of what we do. I suppose it is massively part of the scope of your surveillance work.

CS: We run a lot of camera relaying, with specialised vehicles on location controlled from an ops room in London or wherever, just to observe the pattern of life; who is coming and going when, what type of vehicles are they in, why, is it a daily trip? This then allows us to move in slowly and undetected. We make sure that the surveillance and how it is placed is appropriate to the area. It’s always about thinking outside the box, something we do very well.

V: When running surveillance, particularly covertly how do you ensure you are compliant with GDPR and other legal protections that exist?

CS: So, we always have to comply with the law and many of the protections are over how data may be used; but essentially, there’s no privacy in the public eye so there’s actually nothing illegal in recording footage in public. It’s different if you are operating a CCTV system covering public space, which would require a licence. But that is not what is happening in the typical private surveillance which is directed onto a particular subject or subjects. This is still a developing area, and the technology is moving very fast. There’s GDPR, as well as the ICO and the Surveillance Camera Commissioner all looking at different aspects that are moving on all the time. We make sure we adhere to the best practices and work closely with the customer’s legal team.

Vigilance works across public, private and commercial sectors. Please get in contact regarding your security requirements and we can create a bespoke security package based on individual assessments of your needs. Call us now: +44 (0) 203 416 5340.