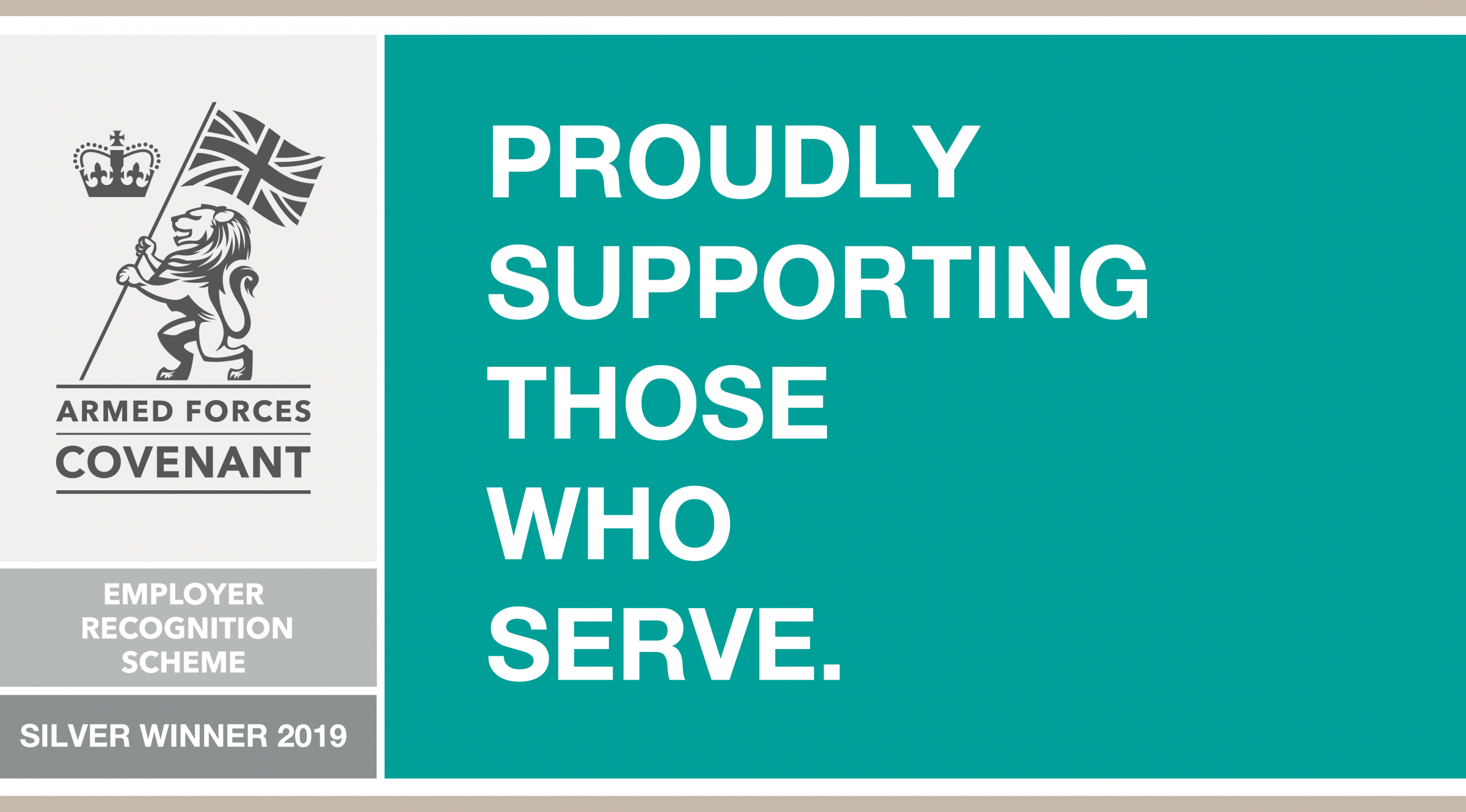 Vigilance have been awarded with the Employer Recognition Scheme Silver Award

The Ministry of Defence’s Employer Recognition Scheme (ERS) acknowledges employers who have provided exceptional support to the armed forces community and defence by going above and beyond their covenant pledges by employing and supporting reservists and veterans. Having been awarded Bronze earlier in the year, Vigilance is delighted to announce that the company has now been awarded ERS Silver, missing out on Gold by only the narrowest of margins, the team will be working hard towards achieving the top award next year.

“These awards recognise the outstanding support for our armed forces from employers across Britain and I would like to thank and congratulate each and every one. “Regardless of size, location or sector, employing ex-forces personnel is good for business and this year we have doubled the number of awards in recognition of the fantastic support they give.”

In recognising the critical value that reservists and veterans bring to the nation’s workplaces. Minister for Defence People and Veterans Johnny Mercer added

“Veterans make a huge contribution to businesses across the country… We’re working closely with businesses to help them further understand the huge value that veterans, reservists and military spouses can bring to their organisation.”

The appreciation of these added values is enshrined in Vigilance’s core business values of security with integrity, military professionalism, and proud to protect. Ethical values are at the heart of the company’s social enterprise agenda. In order to achieve its Silver Award, we had to demonstrate a number of practices, including:

Since signing the Armed Forces Covenant in 2017, Vigilance managers have worked tirelessly to fulfil that social contract, ensuring that its polices and working practices are fit to support those from the Armed Forces community. Vigilance employs Veterans, Forces family members and Reservists, including those who have been seriously wounded whilst serving their country.

“On behalf of the Ministry of Defence and the Armed Forces, I am writing to you to thank you for all you are doing to support our Service personnel, veterans and their families..."